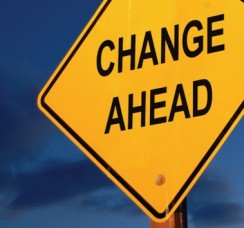 It’s not exactly a clean slate. More like a white board. You know, the look it gets after it’s been used over and over. Dingy. But good enough. We all have to start somewhere. Every year has its hits and misses. Maybe some of those are still lurking in the shadows but as most of the world sees it, today marks a new beginning. NEW. BEGINNING. Let that echo for a moment. On second thought…don’t. Same story, different year. We all want this next one to be better than the last. But those big visions usually become big frustrations. Because they’re born out of pressure. We’re a society that demands prompt results. Instant gratification. Path of least resistance. When that doesn’t happen, we’re more apt to just throw in the towel. But instead of getting caught up in that common disappointment, let’s aim for success. Moments of triumph. And a heart for happiness.

For me, standard resolutions are trite. People get hyped up on the New Year’s Kool-Aid and feverishly start listing everything they want to see for themselves in a period of twelve months. And as the story goes, many usually fail to see those aspirations through. Mainly because they’ve already given up by the month of February. It got too hard, they lost motivation or they just didn’t care anymore. So kick your traditional list to the curb and let me offer up a different kind of challenge. A challenge that isn’t too hard, doesn’t need a lot of motivation and is something that you will actually care about. 2016. Sixteen pledges. Resolutions come with too much pressure so we’re going with a term that has a less committal tone. {Because people don’t like commitment}. These pledges are going to be things that are attainable but still noteworthy. The best part is you get to celebrate small achievements without those heavy feelings of defeat. And let me be the one to tell you that observing little victories along the way will leave you with that gratification that you’re going for.

This is the Pledge Sixteen

Who are four individuals that you want to strengthen a relationship with? Maybe it’s a family member that you feel detached from. A friend you’ve lost touch with. An old college roommate. A former colleague. Or maybe you want to develop a relationship with someone? Perhaps another parent who’s child is a friend of your kid. The coworker you barely know. The spouse of your husband/wife’s best friend. Relationships are important. People are important. Much more than anything else on this earth. So use the next twelve months to enhance your circle. You’ll find great joy in this. I promise.

We live in a society of excess. More is never enough. Except that it really is. This one is hard, I get it. But thinking like this is toxic and only leaves you feeling empty and disappointed. So acknowledge four things in your life that aren’t all that necessary. Because less is more. Maybe you realize you drink way too much coffee or soda and want to eliminate a cup/can each day. Maybe you waste too much time on your phone and want to cut down the screen time. Maybe you dine out too regularly and want to find yourself cooking at home more often. The change doesn’t need to be explosive. It just needs to be.

We’re always complaining we don’t have enough time in life. Or that time goes by way too fast. So find four things that make better use of your time and you’ll likely appreciate the minutes a heck of a lot more. I know that I struggle with this one in the evenings after the kids are in bed. Instead of using the time to have engaging conversations with my husband, we’re both usually spent from the day’s agenda and are relegated to the couch or bed watching mind-numbing television and/or tinkering on our phones. So one of my pledges is to spend more quality time with my husband. If even just a half hour each night where we’re both in-tune with one another without the kids around and less any electronic distractions. It’s tough. What aspect of your life needs a quality boost?

The last category is kind of a catch-all. For those of you who are still set on those conventional resolutions then you can use this to satisfy that need. These are four things for you. Big or small, these are things that should ultimately enhance your life. And please, do yourself a favor. Pick at least one thing that forces you to step outside your comfort zone. Because conquering those typically reap the most riches. Do you have dreams that need a kick start? Do you want to travel? It doesn’t have to be exotic, maybe just a visit to an old friend outside the state. Maybe you want to join a group but have been hesitant to do so…book club, bible study, parenting group. Perhaps you’ve been wanting to take up a new hobby or learn a new skill. Or maybe you just have some small gestures you want to focus on. Like daily meditation. Smiling more when you’re out. Or drinking more water. Whatever you choose, try not to focus on the how but rather the why. If you’ve picked something that you know will make you happy and offers up an outlet to free your body, mind and soul then you’re on the right path. Many reasons we fail to see our goals and objectives all the way through is because we get caught up in the concerns of HOW we’re going to do them. Stop worrying about that. Be intentional and the rest will fall into place. Yes, resources are generally important to consider but remember, these aren’t supposed to be maniacal. They’re supposed to be relevant and attainable. So be purposeful.

Finally, WRITE THESE DOWN. Pen and paper. Digital device. That dingy whiteboard. Just log these somewhere so that you remain mindful. You can’t celebrate if you don’t initiate. Good luck! I hope the year proves to be one filled with self-assurance, great influence and sincere fulfillment. And may your hits outweigh your misses. CHEERS!!